2017 was a great year for the Vancouver Canadians baseball team. They led their division in wins, set an all-time record for attendance at their home games, and best of all, they took home their fourth Northwest League Championship! All in all, it was a year to remember.

But there’s one more highlight to add to that memorable season: a record number of beverage containers at Nat Bailey Stadium were collected and recycled with Return-It.

That’s why last season, the Canadians partnered with Return-It to enhance Nat Bailey Stadium’s public infrastructure, helping to improve the collection of empty beverage containers. This partnership resulted in the installation of fourteen new collection stations at the stadium. Eight were placed in the interior for recycling refundables, organics and waste. The other six were placed around the stadium’s exterior as dedicated beverage container recycling bins. These installations make it easy for the public to spot a recycling bin while enjoying the game. 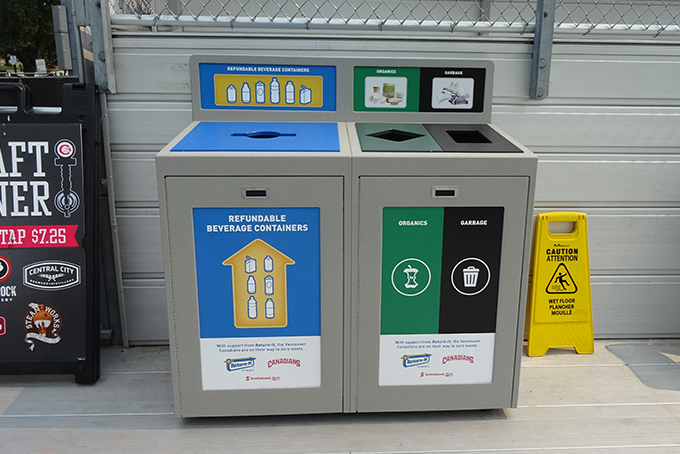 We’re pleased to announce that much like the Canadians’ 2017 season, the recycling program was an outstanding success. The team recycled over 145,000 beverage containers over the course of 42 home games—that’s close to 29 tonnes of material diverted from the landfill! That goes a long way toward the Canadians’ ultimate goal of becoming a zero-waste business. This year, Return-It and the Canadians are continuing to work together to build on last year’s achievements.

Return-It views partnerships like this as a great demonstration of recycling best practices. They’re positive proof that with a little ingenuity and effort, businesses operating public venues can provide their guests with easy access to recycling when they need and want it. Organizations like the Vancouver Canadians are keeping tonnes of plastic bottles and other beverage containers out of our landfills—talk about being champions!

So, the next time you’re at the stadium, look for the Return-It bins and do your part – recycle your drink containers and cheer on our Vancouver Canadians! 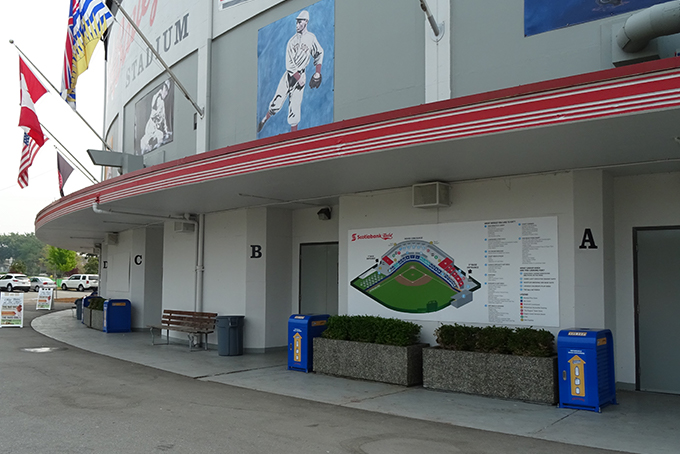