Return-It Ambassadors at the Run Up for Down Syndrome

June 3, 2018 marked the 22nd Annual Run Up For Down Syndrome event. The run, which is built around raising funds to support individuals and families living with Down syndrome, has grown rapidly over the past few years. Most symbolic of this growth is the change of venue for this year's event, with the 1.5/5k runs moving up to the bigger Swangard Stadium in Burnaby. The larger venue for this year's festivities was accompanied by an expanded scope of entertainment, sponsorship, and all-around enthusiasm from the crowd. The Return-It team was on location, ready to educate, engage and support the runners and their cheering sections in any way possible.

Despite the lacklustre weather, the crowd was anything but. Beneath the overcast, drizzling skies, several thousand brave souls mingled and warmed up in the unseasonable morning atmosphere. Soccer balls were kicked, puddles were splashed in, and hamstrings were stretched, always accompanied by smiling faces. The collective attitude gave no indicators that the weather was less than ideal, which was a great metaphor for the spirit of the event itself.  Judging from the atmosphere in the stadium, everyone was more than happy to endure a little discomfort to be able to benefit those who need it and to inspire others who are able to help.

With both 1.5 and 5 kilometre options, the run itself accommodated all levels of athletes. Both began within the stadium before winding out through Central Park's serene trail system, which rewarded the persistent runners with a rich, damp forest scent. The energy in the crowd was evident from the countdown to the start of the race, with everyone loudly counting down before taking off to loop around the trails. As one group of excited kids so refreshingly put it, 'we like to run, and we like to help.' That perfectly summed up the morning.

Who were the beneficiaries of all of this goodwill? The Down Syndrome Research Foundation (DSRF). Through its mission to empower those living with Down Syndrome to reach their full potential and live empowering lives, the DSRF serves as a centralized support system. The DSRF puts an emphasis on education and tailored learning programs, which give people living with Down syndrome the opportunity to get proper educational attention, and find fulfilling work into adulthood. With such a noble, inspirational vision, it's easy to see why and how such an enthusiastic crowd would gather to run on a wet, cloudy day. 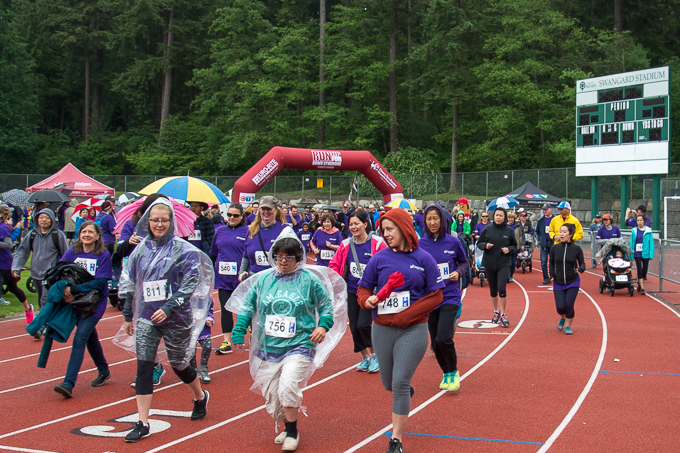 The Return-It presence was felt through the support of the on-site team, entertainment booths, sponsorship, and of course, the mascot. Return-It Woman and the Recycling 101 Ambassadors wandered the stadium's infield, raising awareness about the importance of recycling your bottles and cans, and listening to personal recycling stories. Back at the Return-It booth, a trivia game and selfie station got attendees invested in educating themselves about recycling, through light-hearted fun and games. All beverage container recycling for the event was also taken care of by Return-It bins placed around the stadium grounds. Supporting events like Run Up For Down Syndrome through any means necessary is a key part of Return-It's community initiative, which gets the public engaged with recycling efforts on a grassroots level. 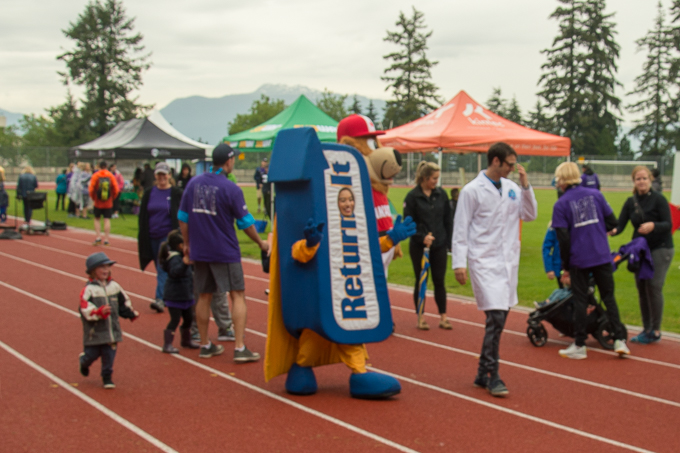 Encorp Pacific would like to thank the DSRF and event organizers for putting on such a wonderful event, along with all of the amazing runners and supporters who showed the power of a community to assist those who need it the most. 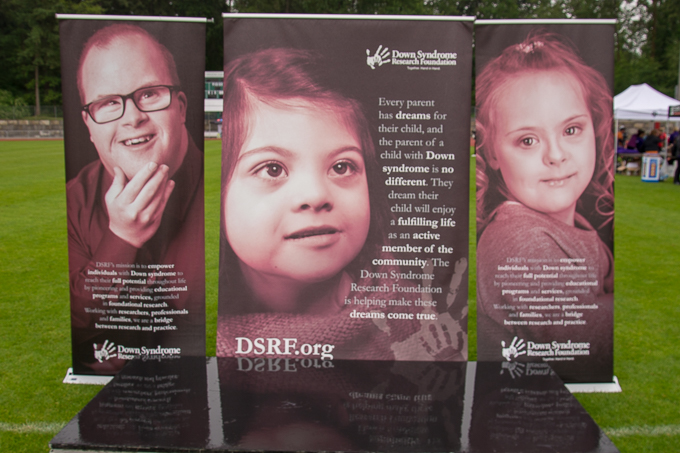 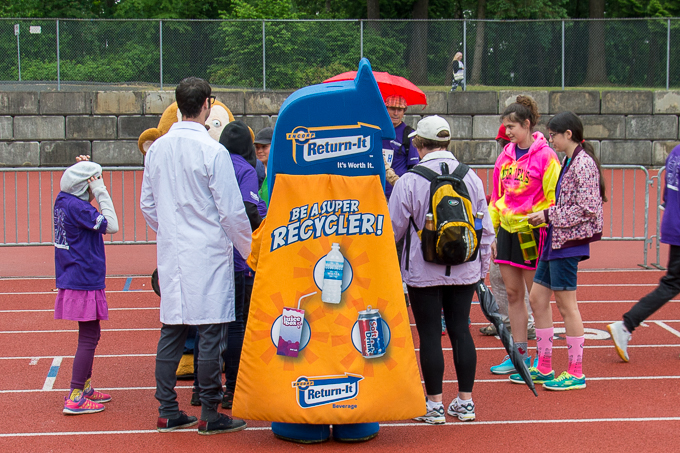